SW480 cell line was isolated from a 50-year-old male patient with in-situ rectal adenocarcinoma. SW480 cell line was passaged to the 91st generation when A·Leibovitz submitted it to ATCC. So far, SW480 cell line is a relatively complete cell characterization strain in many colon cancer cell lines, and its biological and genetic characteristics have been reported in many literatures. SW480 cell line belongs to adherent culture and presents epithelioid (Fig. 1), it has the following features:

（4）The expression of oncogenes ( c-Myc, Kras, Hras, Nras, Myb, Sis, and Fos) were positive. The 12 codon missense mutation of Kras oncogene can be used as a positive control for PCR detection;

（5）No expression of cytolytic enzyme. 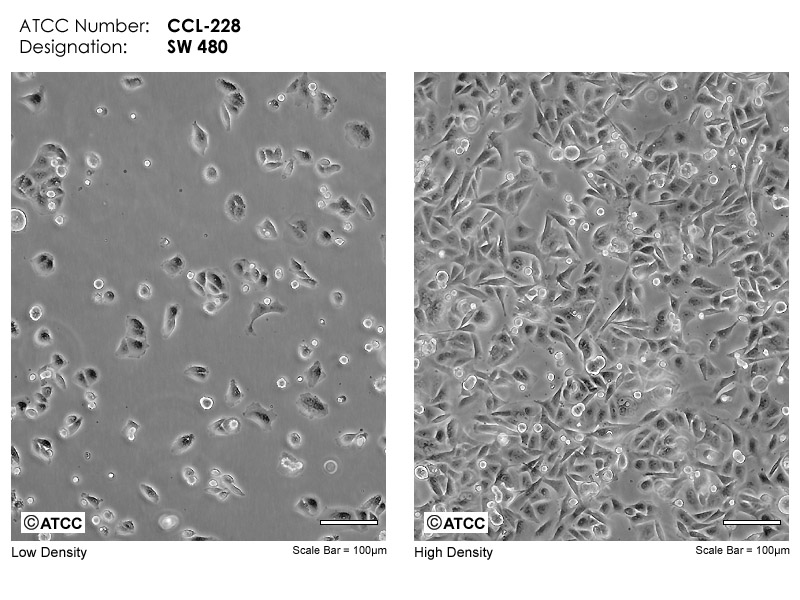 Colorectal cancer (CRC) is one of the most common digestive system malignant tumors. The incidence rate of colorectal cancer places third in malignant tumors, and it has the second-highest mortality rate. According to GLOBOCAN data, there are 1.85 million new cases of colorectal cancer in 2018, and about 880,000 people died, which brought great threat to human health. Both Kras mutation and P53 mutation carried by SW480 cell line are pathogenic mutations with high frequency. Therefore, SW480 cell line can be used as a typical colon cancer cell model for studying the carcinogenic molecular mechanism of Kras and P53 mutations and establish drug screening platform. In addition, it can be used as a positive control for PCR identification of these mutations.

miRNAs are widely involved in tumorigenesis and biological regulation of tumor stem cell lines, and they are potential therapeutic targets. Masazumi Sakaguchi et al. used SW480 cell line in 3D culture to simulate the growth of colon cancer cells, and used this model to test the effect of miR-137 on tumor growth. This study found that miR-137 regulates the growth of tumor cells by targeting DCLK1, which reveals that miR-137 may become a drug target.(Fig.2) 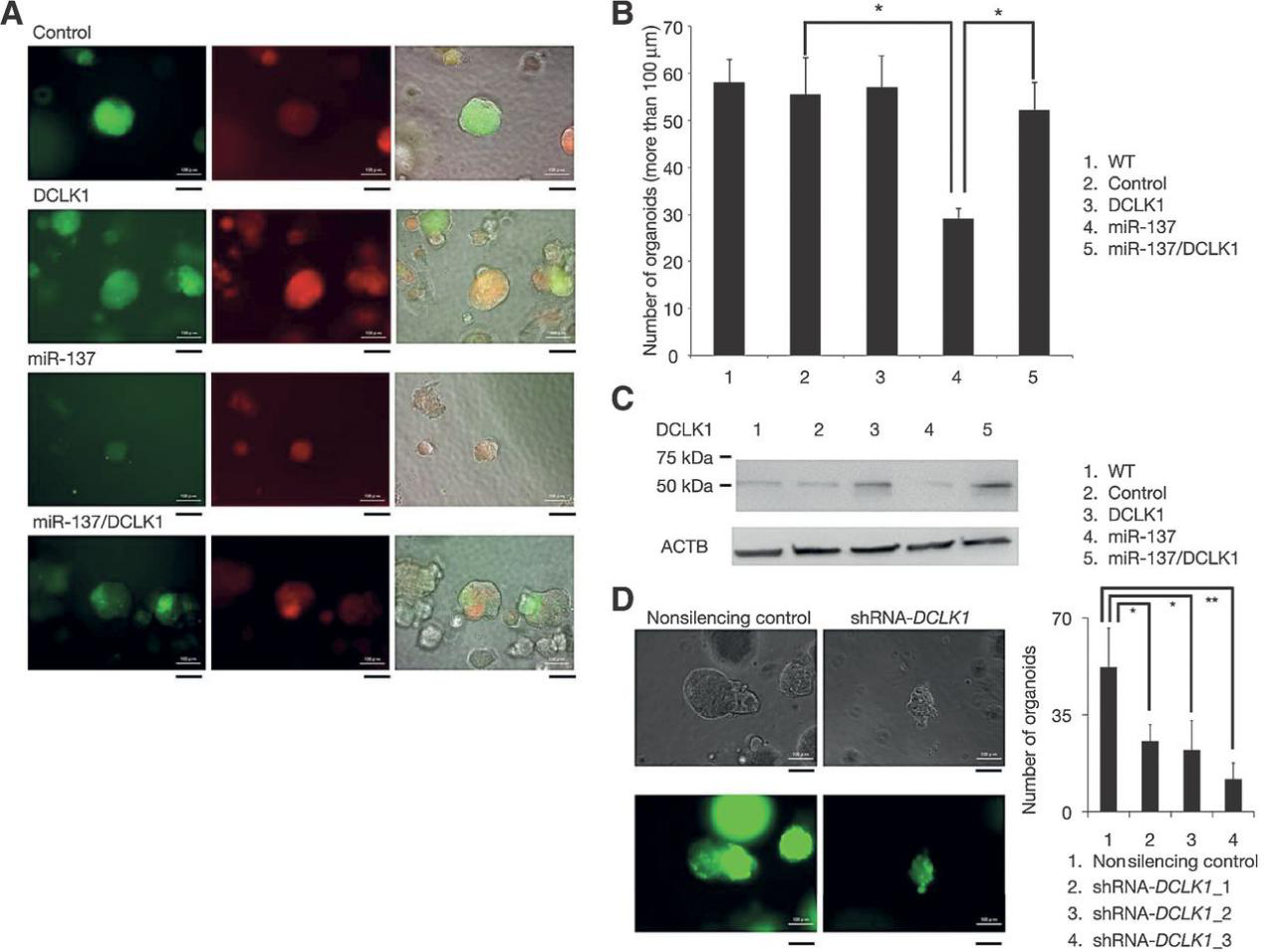 Omentin-1 is a protein associated with colorectal cancer. Epidemiological and clinical studies have shown that the level of omentin-1 in blood is significantly increased in patients with CRC. However, the reason for the up regulation of Omentin-1 and whether it is expressed in colorectal cancer cells have not been determined. Yaqin Zhang et al. used SW480 cell line and HCT116 cell line as colorectal cancer models to explore this problem at the transcription, translation and secretion levels. The results showed that Omnitin-1 was up-regulated in tumor cells and secreted to extracellular (Fig. 3).

In colorectal cancer, the activation of RAS-RAF and PIK3CA-AKT pathway is related to the drug resistance of EGFR mAbs. In order to study the molecular mechanism of drug resistance, Stefania Napolitano et al. used several colorectal cancer cell lines with Kras mutation, such as SW480O, LOVO, HCT116, to explore the antitumor effect of related drugs. The results showed that cetuximab combined with regorafenib could overcome the resistance of anti EGFR antibody (Fig. 4). 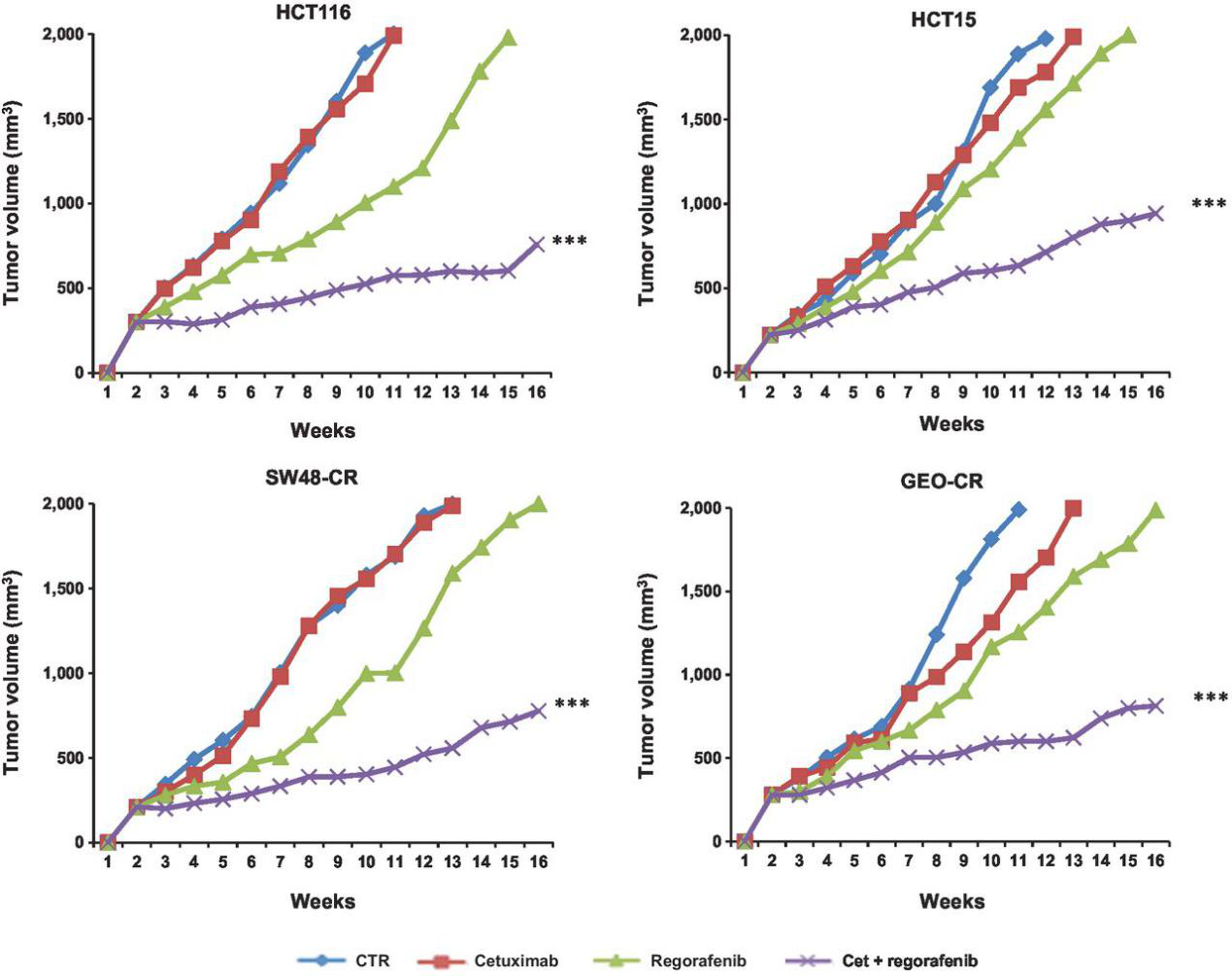 CRISPR/Cas9 has been widely used in disease modeling, drug target intervention and treatment development. A number of studies have used CRISPR/Cas9 to modify the gene in SW480 cell line and other colorectal cancer cell lines to explore the biological functions and potential intervention targets of Ras, P53 and other signaling pathways in the development of colorectal cancer.

Ubigene has successfully generated KO SW480 cell line for many customers. Now Ubigene Officially initiates the “Red Cotton Gene Knockout Project”, and releases the triple surprise to facilitate the experiments of every scientific researchers: (1) As low as $2021 for a gene KO cell line!  (2) Over 600 types of in-stock KO cell lines, Turnaround only one week! (3) Over 10,000 in-stock gRMA plasmids, only $80! Limited-time promotion, seize your chance now >


To study the role of m6A modification of RNA in colorectal cancer, METTL3 knockout SW480 cell line is generated.

Jihao Xu et al. generated METTL3 knockout SW480 cell line with CRISPR/Cas9 technology, and found that METTL3 knockout resulted in the slowing down of SOCS2 mRNA degradation rate and up-regulation of its expression, this results to a significant inhibition of cell proliferation.(Fig.5) The study well exemplified the m6A modification of RNA as an important participant in the tumorigenic process of colorectal cancer.


CRISPR/Cas9 technology introduces SNP rs6854845G>T mutation into SW480 , to explore the effect of the mutation on chromosome and gene expression:

Single nucleotide polymorphisms (SNPs) are closely associated with diseases, including cancer. Zhu Cong et al. used CRISPR/Cas9 technology to introduce SNP rs6854845 G>T mutation in primary colon epithelial cell lines, SW480 cell line and HCT116 cell line, and detected the effect of this mutation on chromosome high-level structure and gene expression. The results showed that this mutation only affected the advanced chromatin structure and gene expression of normal colonic epithelial cell lines, which was tolerated by SW480 and HCT116 colonic cancer cell lines. It is suggested that carcinogenesis could escape the regulation of chromatin conformation and gene expression by normal polymorphism.(Fig.6) 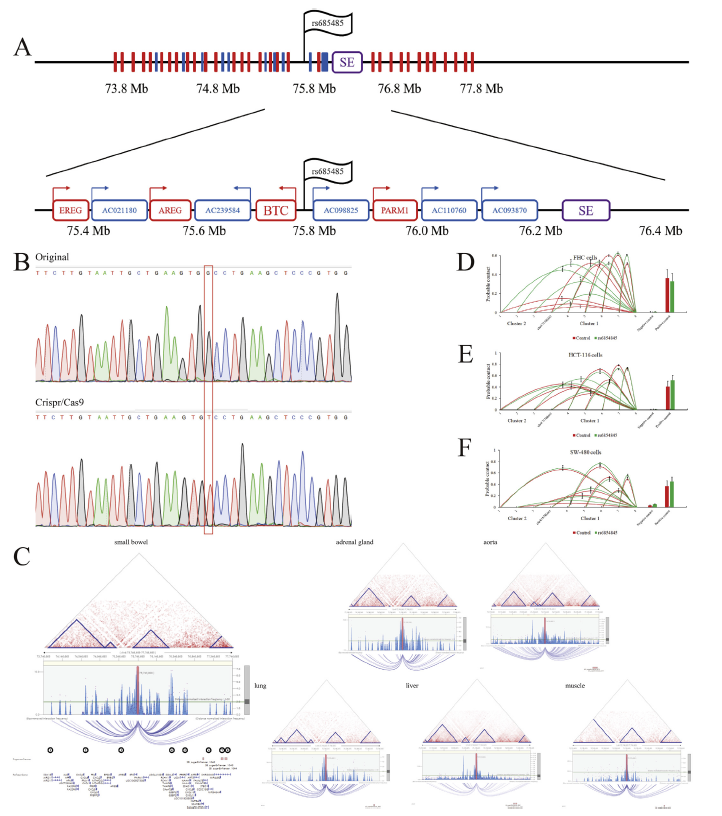 CRISPR/Cas9 technology has played a key role in the researches of cancer treatment. As a new gene-editing tool, it does have unique advantages. Therefore, Ubigene independently developed CRISPR-U Technology, and through two years of R&D and optimization, the KO efficiency of CRISPR-U leap to 80%. So far, Ubigene has used CRISPR-U  technology to successfully modified genes from more than 100 cell lines, including the SW480 cell line. And Ubigene provides gene-editing services worldwide.

Now Ubigene Officially initiates the “Red Cotton Gene Knockout Project”, and releases the triple surprise to facilitate the experiments of every scientific researchers: As low as $2021 for a gene KO cell line!  Over 600 types of in-stock KO cell lines, Turnaround only one week! Over 10,000 in-stock gRMA plasmids, only $80! Limited-time promotion, seize your chance now >