The HT-29 cell line was isolated from a 44-year-old woman in 1964 by two scientists, Fogh and Trempe. HT-29 cell line have the characteristics of mature intestinal cells. When HT-29 exists in different culture conditions or inducers, the cells will show different differentiation pathways. Therefore, HT-29 cells are a model for the study of the molecular mechanism of intestinal cell differentiation. HT-29 cells are popular in research. Ubigene also has made a deep study on HT-29 cells’ culture system and gene knockout system, and Ubigene can achieve 100% protein knockout in HT-29 cells.

(1) Studying new synthetic drugs in the biomedical field: For example：HT-29 cells were used as a model to study the cytotoxic mechanism of polyphenol stabilized colloidal gold nanoparticles prepared from the Abutilon Indicum leaves on colon cancer cells (HT-29)[1]。

(3) Completing the molecular mechanism of colorectal cancer formation：For example, prolyl 4-hydroxylase, βPeptide (p4HB) is related to the occurrence of colon cancer. The release of p4HB knockdown reduced the activation of the signal converter and transcription activator 3 (STAT3), and promoted the accumulation of ROS, and then induced apoptosis of HT-29 cells[3]。

(4) Study on the effect of natural fermentation products on colon cancer cells：For example, it was found that after the treatment of a natural fermentation product Lactobacillus Acidophilus CICC 6074 S-layer protein, there were chromatin condensation, nuclear fragmentation, vacuoles, and other apoptotic characteristics in the cells. This protein may induce HT-29 cell apoptosis through the death receptor apoptosis pathway and mitochondrial pathway, and inhibit cell invasion by inhibiting the synthesis of the PI3K/AKT pathway and FasL pathway[4]。

The Application of CRISPR/Cas9 Technology in HT-29 Cell Line


The following is a case of CRISPR/Cas9 technology in colorectal cancer cell resistance mechanism research[8]，which is convenient for you to develop new ideas.Drug therapy is a way of colorectal cancer treatment, but continuous use of drugs can cause resistance of colorectal cancer cells. 5-Fluorouracil (5-FU) is an artificial nucleotide analog. Since the 1950s, it has been the main drug for chemotherapy in CRC patients, mainly by inhibiting thymidylate synthase and incorporating its metabolites into DNA, leading to cell death. In addition, oxaliplatin can also be used in the treatment of colorectal cancer patients, which belongs to the third generation of platinum drugs and can form platinum DNA complex to induce cytotoxicity.


Jinming Yu et.al established HT-29 and SW480 drug-resistant cell lines by long-term treatment with 5-FU and oxaliplatin, respectively.Western blot analysis showed that REV7( Translation synthesis polymerase ζ( POL ζ) key components of) was up-regulated in 5-FU and oxaliplatin resistant CRC cells (Fig. 1. A-D), REV7 in HT-29 and SW480 also increased in a dose-dependent manner (Fig. 1. E-H). But the interesting thing is that there was no significant difference in the expression of REV7 mRNA after treatment, which means that the increase of REV7 protein was not caused by the change of transcription level. 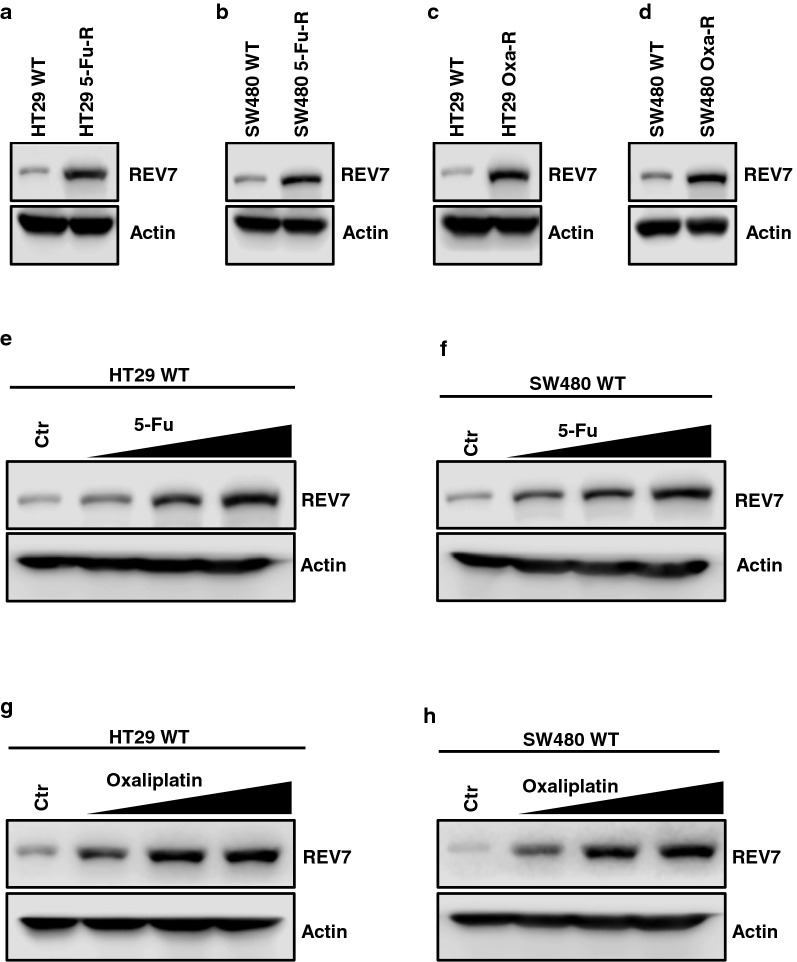 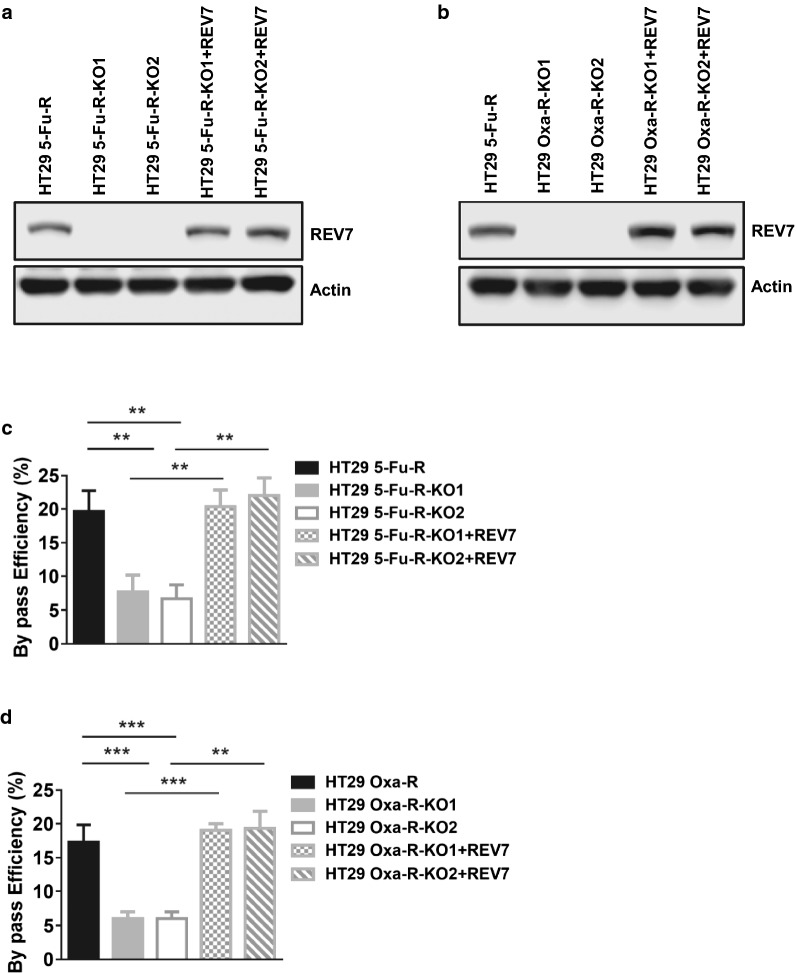 
It was found that the expression of REV7 did not affect the tumor volume without drug stimulation in mice xenotransplantation of drug-resistant cell lines, indicating that REV7 did not affect the occurrence of colorectal cancer. When given drug stimulation, the absence of REV7 significantly inhibited tumor growth, but there was no significant difference in individual weight (Fig. 3). 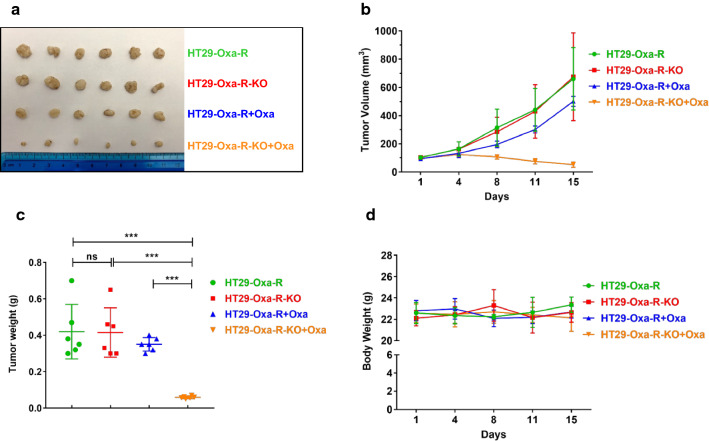 
In conclusion, HT-29 cell line as a classic cancer cell model are very important for the study of colorectal cancer, and CRISPR/Cas9 also plays a very important role in molecular research methods. So far, Ubigene has used CRISPR-U ™ technology to successfully modified genes from more than 100 cell lines, including the HT-29 cell line. And Ubigene provides gene-editing services worldwide. Now Ubigene has time-limited discount of all gene-editing services: KO cell line service, as low as 3780 USD、KI/Point mutation cell line service, as low as 8480 USD、gRNA plasmids, as low as 80 USD